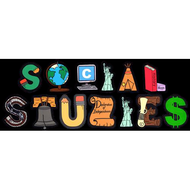 All resources in Social Studies

A collection of sites to live webcams, virtual tours/trips, and other miscellaneous fun educational sites.

THE GREAT WALL OF CHINA 中国的长城

The Great Wall of China has 2,000-year history and runs over 3,000 miles over multiple provinces in northern China, making it one of the most spectacular historic constructions on the planet.

Hispanic Heritage and History in the United States

Since 1988, the U.S. Government has set aside the period from September 15 to October 15 as National Hispanic Heritage Month to honor the many contributions Hispanic Americans have made and continue to make to the United States of America. Our Teacher's Guide brings together resources created during NEH Summer Seminars and Institutes, lesson plans for K-12 classrooms, and think pieces on events and experiences across Hispanic history and heritage.

“Every year in March, we honor our Virgin Islands' exceptional history and culture, as well as the achievements and contributions of its people. As Virgin Islanders, it is critical that we honor our forefathers' fortitude and continue to build on their great successes.This PowerPoint slide has hyperlinks for teachers to use in celebrating the significant celebration for virgin islands History Month.

Using an inquiry based approach, Michigan high school students learn about World History from the fifth Era through today.

When scientists discover a new fossil skull, they compare it to skulls that have already been identified as particular early human species. In this activity, you get the chance to be the scientist!

Deaths in World War I

Deaths in World War I

Japan in World War I

An introduction to Japan in World War I

An overview of the run up to and very beginnings of World War II.

World War I led to many changes at home for the United States. As international migration slowed considerably, the availability of wartime factory jobs led half a million African Americans to leave the South and move to northern and western cities for work. But the US government also stifled dissent during World War I with restrictions on freedom of speech and antiwar protest.

Technology in World War I

An introduction to the Technology in World War I

An overview of the run up to and very beginnings of World War II.

An introduction to the World War I Eastern front

Treaty of Versailles and the End of World War I

On June 28, 1919, Germany and the Allied Powers signed the Treaty of Versailles in the Hall of Mirrors at the famous Palace of Versailles, officially ending World War I. World War I, or the Great War, lasted from 1914 to 1918, and claimed the lives of nearly ten million soldiers and approximately thirteen million civilians. Germany and its allies in the Central Powers had lost the war, so representatives of the victorious Allied Powers including the United States, France, and Britain negotiated the terms of the treaty. President Woodrow Wilson and his allies wanted the treaty to provide a lasting peace following Wilson’s Fourteen Points speech delivered on January 8, 1918. European powers sought peace but also wanted to punish Germany, who they blamed for causing the war. Germans also expected that the Fourteen Points would be the basis for the peace talks when they signed the armistice in November 1918. When the Allied Powers met in Paris to discuss the world after the war, however, a much more punitive plan emerged.

1945 marks the end of World War II. V-E Day (Victory in Europe Day) is May 8th 1945. War doesn't end in the Pacific until August of 1945 with the atomic bombing of Hiroshima and Nagasaki.

Arabia after World War I

Arabia after World War I

Italian front in World War I

An introduction to the Italian front in World War I

Closing stages of World War I

An overview of the Closing stages of World War I

Serbian losses in World War I

An introduction to Serbian losses in World War I