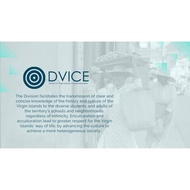 To learn the concise knowledge of the history and culture of the Virgin Islands.
8 members | 40 affiliated resources
Join this group

Teacher Tools: Where in Africa

Start Your Expedition! Home to half of the continent's animal species, Africa's vast rainforests are falling silent. Deforestation, road construction and slash-and-burn farming have already wiped out roughly 90 percent of the West Africa's rainforests. Now, the rainforests of Central Africa's Congo Basin, the second largest in the world after the Amazon, have come under the axe, too. For centuries, only scattered groups of native hunter-gatherers and Bantu-speaking subsistence farmers disturbed the forest realm. Then, in the 19th century, European loggers and plantation owners moved in. One of the worst cases of rainforest exploitation took place in the Belgian colony of Congo (now the Democratic Republic of the Congo) where thousands of forced laborers died in the scramble to harvest wild rubber. Today, the governments of rainforest countries are now torn between the need to protect their endangered rainforests and the need for the money, roads and jobs that foreign logging companies bring in. Growing populations, swollen by war refugees, are razing rainforest to make way for farm land; poachers are picking off chimpanzees and gorillas to sell to the profitable bushmeat trade. Will the Congo Basin follow the fate of West Africa? Maybe not. In 1999, the six countries of the Congo Basin -- Cameroon, Central African Republic, Republic of the Congo, Democratic Republic of the Congo, Gabon, Equatorial Guinea -- pledged to harmonize forestry laws and form a joint watchdog system to track the effects of logging and poaching. One year later, they took the first step toward putting that pledge into action: the creation of the tri-national Sangha Park, a reserve that will cover more than one million hectares of rainforest in Cameroon, the Central African Republic and the Republic of Congo.

West Africa before the Europeans

Students will read a secondary text describing aspects of West African society, including descriptions of agriculture, industry, and political organization. They will then take notes in a graphic organizer provided. Finally, they will analyze the relationship between these three elements by crafting an essay.

The Dogon and the Dama

The Dama is the rite of passage for the men of the Dogon tribe. Conditions must be just right before a Dama can take place, and in the village of Tireli, in Mali, it is the responsibility of the oldest man in the village, the revered "Keeper of the Masks," to determine the timing of the Dama. In this video segment from the series Africa, young men in Tireli feel suspended between boyhood and manhood because there has not been a Dama in the village in 20 years. There is a conflict. A spirit told the village fortune teller that the next Dama would herald the village elder's death, and so the old man believes that if he organizes a Dama he will die.

Who gets to tell the story of human migration around the globe? And what kind of story is it? The Story of Migration, an animated short illustrated by Karrie Fransman, dives into these questions by exploring the complicated connections between migration, development, and global inequalities. Produced by PositiveNegatives and MIDEQ (Migration for Development and Equality) Hub, the colorful animation draws on ethnographic and other evidence-based research from partners across 11 countries. It confronts common misconceptions about migration and centers the perspectives of those who live and work in the Global South who are often left out of popular media representations.

Melvin Herbert Evans is the Virgin Islands' first elected governor. Evans graduated from Howard University with a B.S. in 1940 and from the Howard College of Medicine with an M.D. four years later, following graduation from high school on St. Thomas. He then worked in a variety of medical and public health positions for the United States and the Virgin Islands.

Edward Wilmot Blyden (3 August 1832 – 7 February 1912) was a Liberian educator, author, diplomat, and politician who worked mostly in Liberia. He also spent five years teaching in Sierra Leone, and his writings had an impact in both countries.Blyden was born on 3 August 1832 in St Thomas, Danish West Indies (now known as the United States Virgin Islands) to Free Black parents from the Igbo tribe of modern-day Nigeria.Blyden edited the Liberia Herald from 1855 to 1856 and penned the editorial "A Voice From Bleeding Africa."He also spent time in other British colonies in West Africa, most notably Nigeria and Sierra Leone, where he wrote for both colonies' early newspapers.Additionally, he worked as an editor at The Negro and The African World. He maintained contacts with the American Colonization Society and contributed articles to their journals, African Depository and Colonial Journal.Blyden served as Liberia's ambassador to the United Kingdom and France as a diplomat. Blyden was named Liberia's Secretary of State as a young man (1862–64). He then served as Minister of the Interior from 1880 until 1882. Blyden is often considered the "founder of Pan-Africanism" as a writer. His magnum opus, Christianity, Islam, and the Negro Race (1887), argued that Islam was a more unifying and meaningful religion for Africans than Christianity.

In this unit, students will become familiar with fables and trickster tales from different cultural traditions and will see how stories change when transferred orally between generations and cultures. They will learn how both types of folktales employ various animals in different ways to portray human strengths and weaknesses and to pass down wisdom from one generation to the next. Use the following lessons to introduce students to world folklore and to explore how folktales convey the perspectives of different world cultures.

Significant Political and Legal Developments This Year for U.S. Territories

Several professors, government officials and political party members spoke in a forum on political and social issues affecting U.S. territories, which focused mainly on the relationship between the U.S. federal government and the governments of the territories. Following the speakers' prepared remarks, the panelists responded to questions from members of the audience.

From a team of Puerto Rican journalists, musicians, and artists, "La Brega" is a 7-part podcast series that opens doors to the Puerto Rican experience.

Race in the Colonial Past and Present: Virtual Conversation with La Vaughn Belle and Jeanette Ehlers

ASF presented a virtual conversation between artists Jeanette Ehlers and La Vaughn Belle on “Race in the Colonial Past and Present,” moderated by Ursula Lindqvist, exploring the history of Denmark's colonial presence in the mid-17th century and how it has since affected representation. In 2018, Virgin Islands artist La Vaughn Belle and Danish artist Jeannette Ehlers created the monumental public sculpture entitled I AM QUEEN MARY, the first collaborative sculpture to memorialize Denmark’s colonial impact in the Caribbean and those who fought against it. In this program, listen to the two artists discuss colonialism and how commemorative representations can impact the public discourse surrounding Danish colonial history. What do these representations mean for people of African descent living in the Nordic Countries? What do they mean to the Virgin Islands? And how can they intervene in the historic, current and future relationship between Denmark and the Virgin Islands?

Students will analyze a photograph to learn about body image. They will also discuss how society views the human body in different cultures.

The Colonial Archives of the United States Virgin Islands on JSTOR

This article examines the relationship between custody, access, and provenance through a case study of the records of a former Danish colony, the United States Virgin Islands. In 1917, when the United States purchased the Virgin Islands from Denmark, Danish archivists removed the majority of records created there during colonial rule and deposited them in the Danish National Archives. Following its establishment in the 1930s, the National Archives of the United States sent an archivist to the Virgin Islands to claim most of the remaining records and ship them to Washington. The native population of the Virgin Islands, primarily former colonials whose ancestors were brought from Africa as slaves, were left without access to the written sources that comprised their history. While all three parties have claims to custody of the records, the claim of the people of the Virgin Islands relies on an expanded definition of provenance that includes territoriality or locale, as well as on a custodial responsiblity for access. The competing custodial claims suggest a dissonance between legal custody, physical custody, and archival principles that may be resolvable through post- custodial management practices.

In the Danish West Indies, Communities of Free People of Color

Denmark and the US Virgin Islands

The website ‘The West Indian Heritage’ tells its story using the buildings as a framework for understanding the structure, function, and people of the colony who were either forced to risk their lives producing the coveted goods or benefited from the profits on the goods throughout the first 150 years of the colony’s history.

The many faces of Mary Thomas

The many faces of Mary Thomas

The Resistance and Ingenuity of the Cooks Who Lived in Slavery

Archaeologists are investigating foodways and re-creating meals prepared by enslaved people who lived in North America and the Caribbean to better understand their everyday lives and fill gaps in the historical record.

Notes on the Danish West Indies on JSTOR