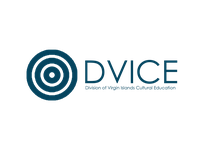 The Division of Virgin Islands Cultural Education facilitates the transmission of clear and concise knowledge of the history and culture of the Virgin Islands to the diverse students and adults of the Territory’s schools and neighborhoods, regardless of ethnicity. Enculturation and acculturation lead to greater respect for the Virgin Islands' way of life, by advancing the culture to achieve a more heterogeneous society. David Hamilton Jackson Month - "Do My People Do"

The Division of Virgin Islands Cultural Education of the Virgin Islands Department of Education and the Division of Library, Archives, and Museums of the Department of Planning and Natural Resources are inviting students to create works inspired by David Hamilton Jackson's activism. November has been designated as the official month to honor Jackson's lifetime achievements in advancing the right to freedom of the press, voting rights, higher wages, worker's rights, and organizing the territory's first labor union, which enabled him to campaign for human rights and gain greater self-governance in an era when racial inequality was intolerable for the vast majority of Black Virgin Islanders.

Since the Project's announcement on David Hamilton Jackson Day, also known as Liberty Day, both agencies have held a virtual meeting, which was attended by over 170 students. Students may choose from a variety of mediums to create their symbolic works, which may include the following:

The project teaches students about historical injustices and how to identify and act on contemporary issues affecting themselves, their local and global communities.

A third creative session on the TEAMS app will take place at 4:00 p.m. on Tuesday, November 23rd, 2021. Invitations will be sent via VIDE's internal email system and to interested private schools.

In Early December, the project will be exhibited virtually for the community to view. The deadline for this project is Tuesday, November 30th, 2021. Students may submit their work to their teachers, guidance counselors, or to the representatives of the coordinating agencies whose email addresses are listed below.

National Native American Heritage Month during November celebrates the diverse and rich culture, history, and traditions of Native people. The observance is also a time to educate anyone and everyone about the different tribes, raise awareness about the struggles native people faced as well as in the present. American Indian pictures, words, names, and stories are a crucial part of American history and help mold our life today.

HOW TO OBSERVE #NativeAmericanHeritageMonth

Use #NativeAmericanHeritageMonth to post on social media. Keep Native American Heritage alive this November, and for all the months to follow! Here are a few ways you can celebrate this month.

National Endowment for the Humanities:

Alaska Native Stories: Using Narrative to Introduce Expository Text
Students in grades 3-5 use traditional stories of Native peoples to begin a study of animals in Alaska.

Amplify the Voices of Contemporary Native Peoples in Your Classroom
Through Illuminative's artwork and lesson plans, students will learn about six contemporary Indigenous changemakers fighting against invisibility and their many important contributions to this country.

A Story of Survival: The Wampanoag and the English
A Thanksgiving Lesson Plan Booklet from a Native American Perspective (Oklahoma City Public Schools)

Beginning on September 15, and continuing through to October 15, we recognize National Hispanic Heritage Month. During the four weeks, celebrations honor the heritage and contributions made by members of the Hispanic community. President Lyndon Johnson first declared Hispanic Heritage Week in September of 1968. Please view the resources from the Library of Congress and the National Endowment for the Humanities, National Gallery of Art, National Park Service, Smithsonian Institution, United States Holocaust Memorial Museum, and U.S. National Archives and Records Administration.

National Hispanic Heritage Month is a period from September 15 to October 15 in the United States for recognizing the contributions and influence of Hispanic Americans to the history, culture, and achievements of the United States.

A large migration of Puerto families settled in the Virgin Islands starting in the 1920s. Earlier, Puerto Rican intellectual, medical doctor, and independence advocate Ramón Emeterio Betances took refuge from political discourse on the islands of St. Thomas. Betances penned the famous proclamation, "Los Diez Mandamientos de Los hombre Libres" (The Ten Commandments of Free Men), in Saint Thomas while in exile in November 1867. The proclamation is directly based on the Declaration of the Rights of Man and the Citizen, adopted by France's National Assembly in 1789, which contained the principles that inspired the French Revolution. 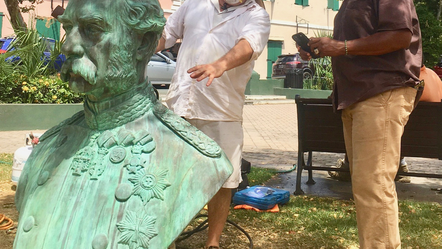 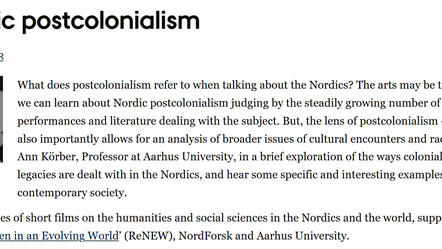 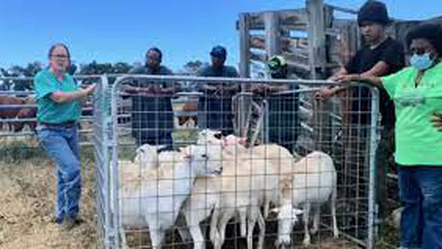 In 1982, ICOMOS established 18 April as the International Day for Monuments and Sites, followed by UNESCO adoption during its 22nd General Conference. Each year, on this occasion, ICOMOS proposes a theme for activities to be organized by its members, National and International Scientific Committees, partners, and anyone who wants to join in marking the Day.

Acknowledging global calls for greater inclusion and recognition of diversity, the International Day for Monuments and Sites 2021 invites participants to reflect on, reinterpret, and re-examine existing narratives.
ICOMOS encourages you to come together to share experiences – of course in compliance with instructions from local and national authorities so as to ensure the safety of participants during the ongoing COVID-19 pandemic.

Conservation of cultural heritage requires critical examination of the past, as much as its practice demands provision for the future. Debates on the omission and erasure of certain narratives, and the privileging of particular stories over others, have come to a head in recent years. Addressing contested histories hence involves complex conversations, avoiding biased views and interpretations of the past.

The World Heritage Convention (1972) states: “deterioration or disappearance of any item of the cultural or natural heritage constitutes a harmful impoverishment of the heritage of all the nations of the world” – however imbalances in recognition, interpretation, and ultimately, conservation of various cultural manifestations continue to exist.

ICOMOS wishes to engage in promoting new discourses, different and nuanced approaches to existing historical narratives, to support inclusive and diverse points of view. Uncovering and generating more inclusive narratives can span a wide range of conservation issues, from toppled monuments of oppression within shared civic spaces to the treatment of ancestral sites, and indigenous domains across cultural landscapes. Today, many monuments and sites stand with their multi-layered history and importance which call for inclusive approaches.

What does postcolonialism refer to when talking about the Nordics? The arts may be the foremost field where we can learn about Nordic postcolonialism judging by the steadily growing number of art works, films, performances and literature dealing with the subject. But, the lens of postcolonialism - or decolonialistion - also importantly allows for an analysis of broader issues of cultural encounters and race relations. Join Lill-Ann Körber, Professor at Aarhus University, in a brief exploration of the ways colonial relationships and legacies are dealt with in the Nordics, and hear some specific and interesting examples that she draws on from contemporary society.

This is the third in a series of short films on the humanities and social sciences in the Nordics and the world, supported by the University Hub ‘Reimagining Norden in an Evolving World’ (ReNEW), NordForsk and Aarhus University.

The Senepol cow and the St. Croix white hair sheep have been a part of U.S. Virgin Islands history since the 1800s, and on Thursday, veterinarian Bethany Bradford and her team discussed the legacy of the breeds during a live-streamed event from the Oscar E. Henry Farm Preserve. 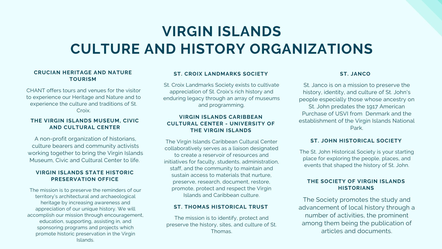 The Virgin Islands of the United States Culture and History Organizations

The Virgin Islands of the United States Culture and History Organizations

The Society of Virgin Islands Historians